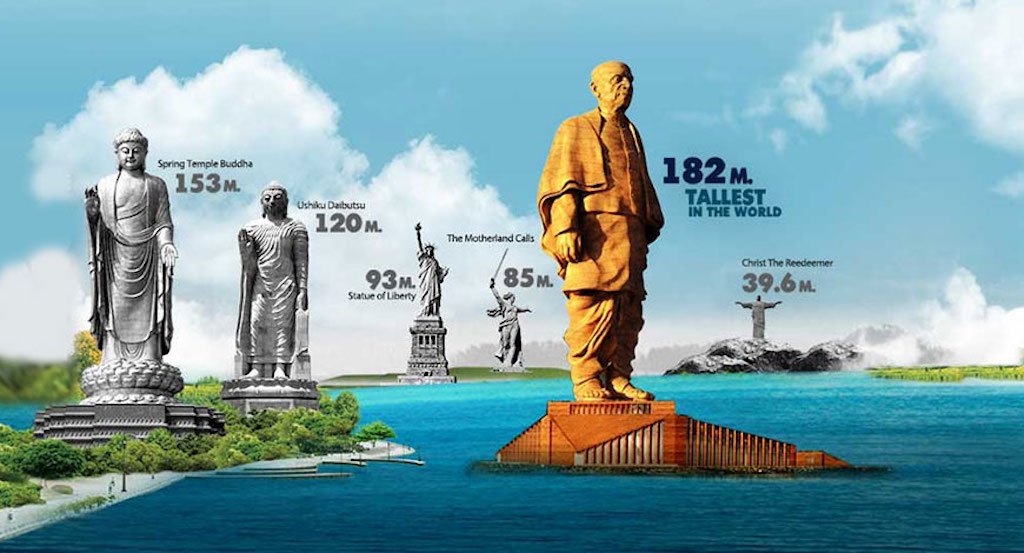 Statue of Unity is dedicated to the first Home Minister and Deputy Prime Minister of India, Sardar Vallabhbhai Patel. Statue of Unity has been designed by Indian Sculptor Ram Vanji Sutar (from Dhule, Maharashtra), and its construction was supervised by a consortium comprising Turner Construction Project Management, Michael Graves and Associates and the Meinhardt Group.

Natural factors such as earthquakes and wind posed stiff challenges in the construction of Statue of Unity. Since, the Statue of Unity, located right in the middle of the river Narmada, it is exposed to the tunnel effect of winds blowing down the river. After analysing the wind pattern data over the years, researchers identified that wind speeds of 130 km/hr (roughly translated into 39 m per second ) could buffet the statue in a worst-case scenario.

To address the issue, the Statue of Unity has been engineered to withstand the wind speeds of around 180 km/hr. (almost 50 m per second).

Now talking about the earthquakes, the Statue of Unity can easily survive the earthquakes measuring around 6.5 on the Richter Scale, within a radius of 12 km of the statue, and at a depth of 10 km. 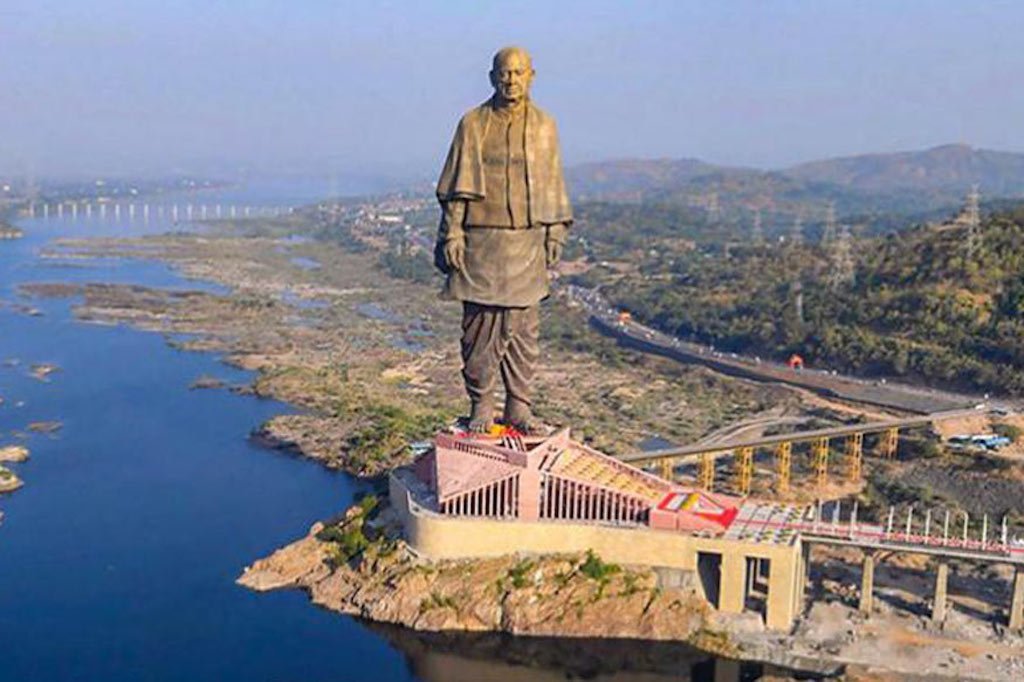 Walking pose of the Sardar

For the engineering point of view, look of the statue was another challenge. Talking about the look of the statue, face played a significant role, therefore in order to make the face of the statue as close as possible to the sardar’s face, special care was taken in casting the facial features. According to the original design of the sculptor Ram Sutar, the Statue of Unity was to have a poised countenance, with Patel’s head held high and arms by his sides emitting a feeling of power and warmth. 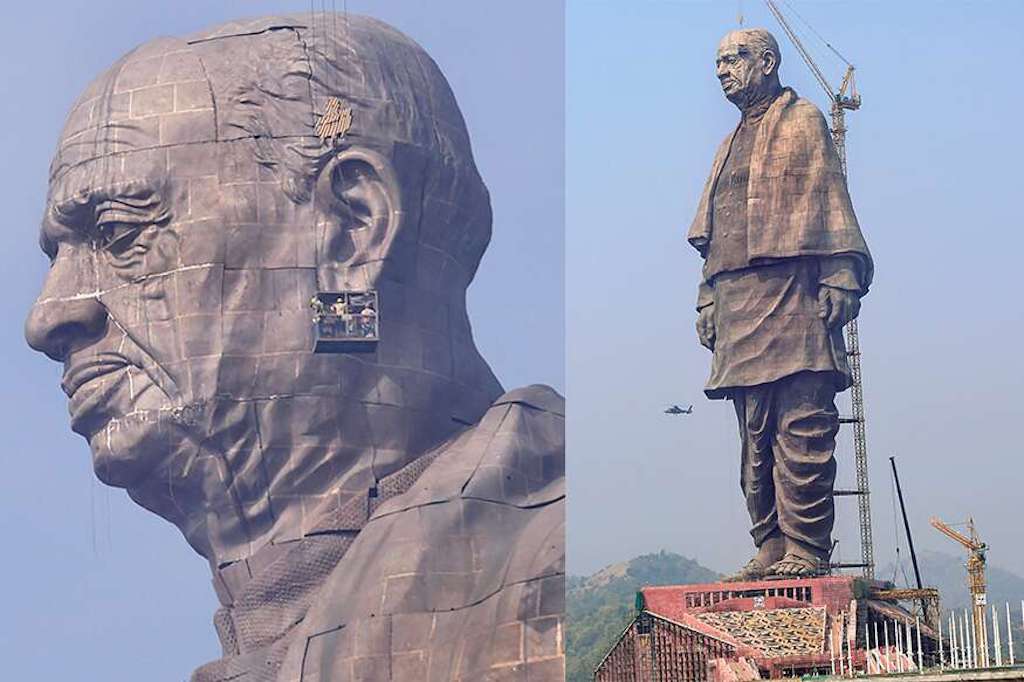 Movement of Men and Material

As the location of the statue is amidst remote, mountainous terrain, it led to enormous difficulties for the construction team in delivery of materials. For the purpose of transportation of men and material, a temporary Bailey’s bridge connected the hill to the mainland.

Specialists conducted a detailed hydrological study and examined the flood level records of over 100 years of the nearby Narmada dam. It helped them to ascertain the river level and flow during various conditions and accordingly the statue base was erected above the highest flood level.