Civil engineering is getting creative, colorful and brighter everyday. In this article we will discuss about the Facade Lighting Technology at Burj Khalifa which has set new trends in the industry and of course the new world records. With a whooping height of 828 meters, Burj Khalifa is not just the tallest building of the world, but it is also the tallest LED screen in the world.

Prior to the inauguration of LED screen of Burj Khalifa, flood lighting has been the classical approach of lighting a building facade. With over 1.2 million LED lights on the facade, Burj Khalifa has set a new trend in the industry. Put together, the length of all LED strips on the facade of Burj Khalifa  is 33 kilometer. The massive screen required 10,000 connectors and 72 kilometers of cabling to cover a total area of 33,000 square meters. 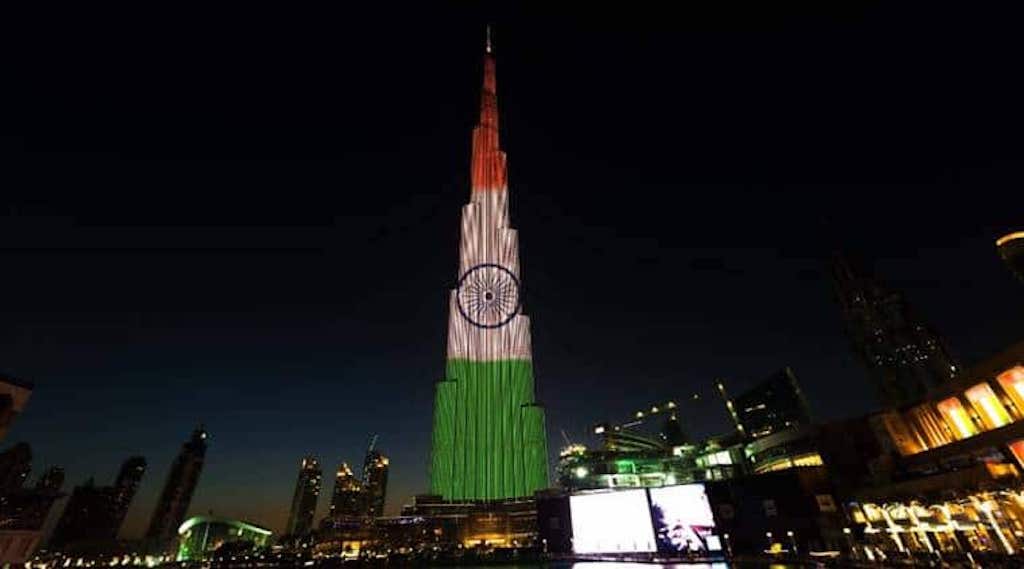 In totality, the small LEDs of Burj Khalifa makes a large screen, forming a composite image of the photos or videos played on the laptop. The tiny LED lights are installed on the sides of the tower’s windows, in the form of thin plastic strips. These strips perfectly blend with the facade, even the tower’s residents are not aware that the lights are there.

With this gigantic screen, Burj Khalifa hosts daily shows as well as special shows on special occasions like New Year and National Days on one side of its facade (which is facing Burj Lake in Downtown Dubai).

Professional Facade lighting contributes significantly in adding beauty and glamour to various structures.  It not only just light up the building, but it also affords an exceptional look to the building. 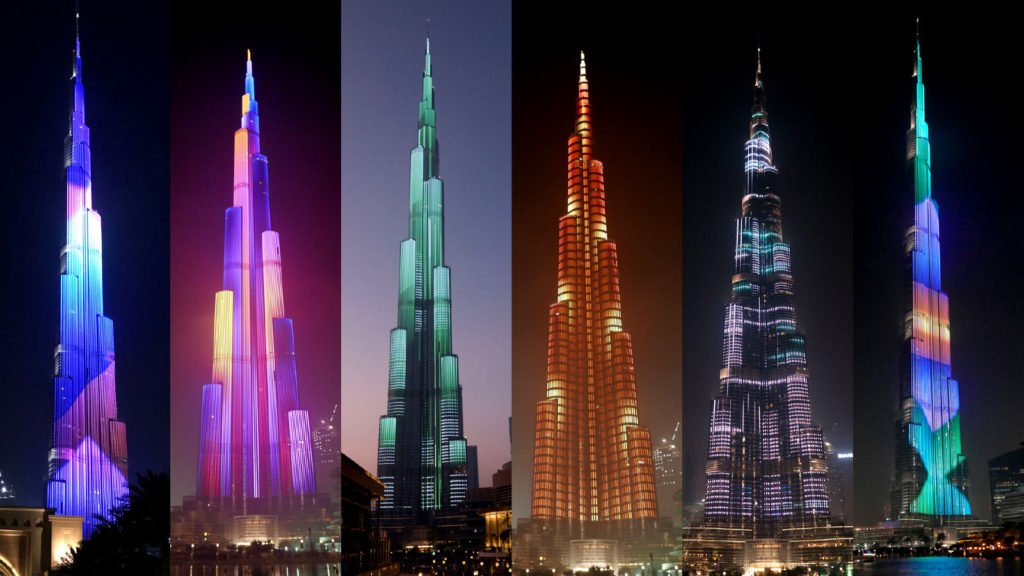 During the earlier times, people were worried about the electrical power consumption of the brightness, but now with the emergence of LED technology, it has become easier to have facade lighting. LED technology is bringing down the price of electricity and it is also easy to set up and ready for immediate use.