With great power, comes great responsibility! This famous dialogue from a Spiderman movie seems to have a universal applicability and the engineering marvels are not an exception. While it is a matter of immense pride for a nation to build the tallest building of the world, it is equally important (rather more) to make sure that it is safe and secure.

In this article, we will discuss some of the Safety Features in World’s Tallest Building – Burj Khalifa. Burj Khalifa is the  tallest building on the planet, it is a sleek structure that stands some 828 meters (2,716.5 feet) tall, piercing the desert sky of Dubai. A lot of features to take care of the extreme events such as  earthquakes,  fire, and severe storms have been included into the building’s design. 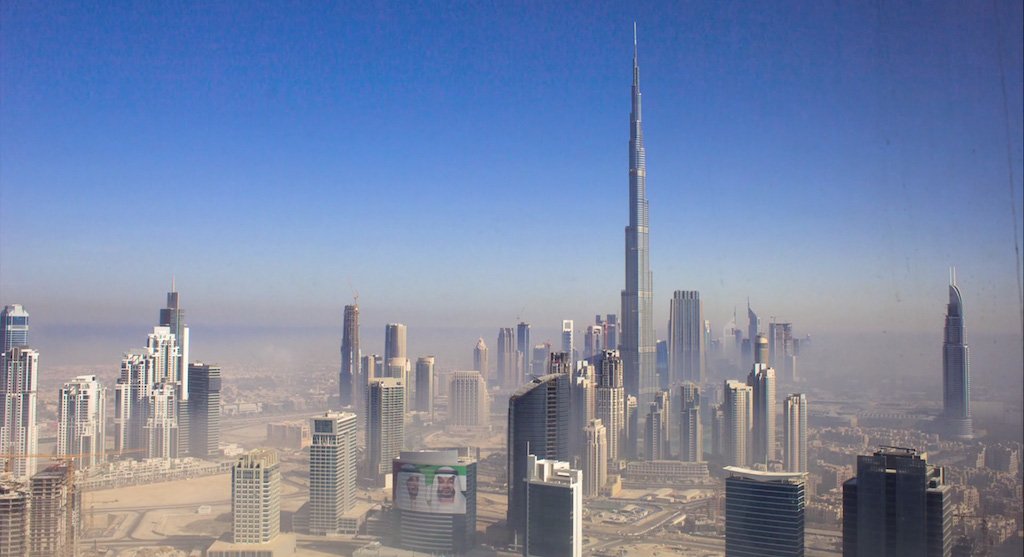 This civil engineering marvel has the capacity to withstand earthquakes up to 7.0 magnitude. This is way ahead of the 5.9 magnitude standard, which is required in Dubai for the tall buildings. further, there is a system of motion sensors which has been installed throughout the building, in order to detect and report the unusual structural movements. In order to adopt the Online Alerting of Structural Integrity and Safety (Oasis) earthquake detection system, Burj Khalifa has also recently been connected with a number of tall buildings in the area, it helps to determine when to evacuate highly populated areas so as to reduce  the casualties. 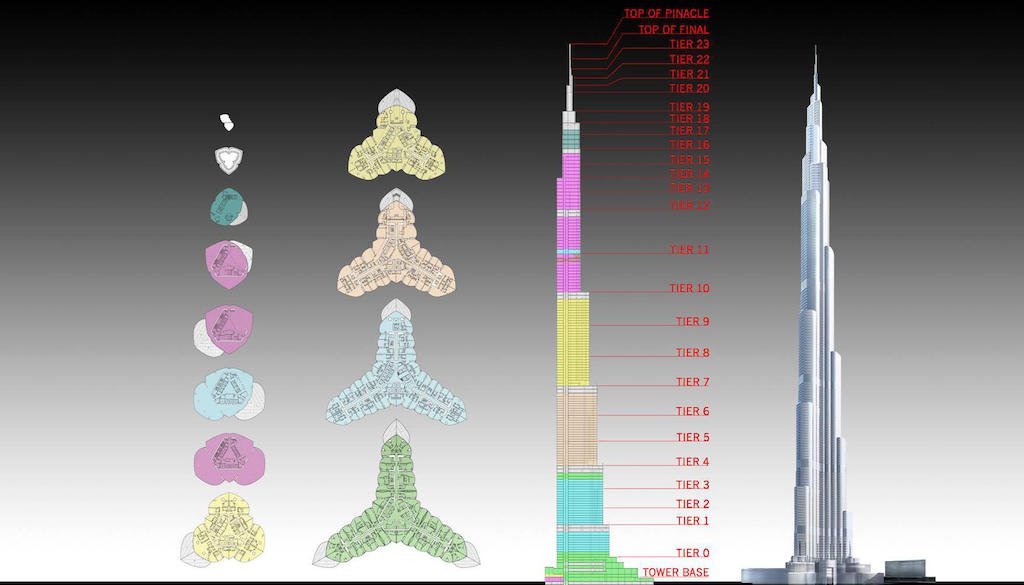 In order to rise to the great heights, a proper structural support is necessary. Burj Khalifa has got a hexagonal concrete core with an innovative system of Y-shaped buttresses which has been incorporated to give this building a  stable and unique “tripod like” stance. The “three winged” core design of the building  gives a torsional resistance and reduces the vortex effect of high winds, adding to the safety of the building. It consists of a large reinforced concrete mat which is supported by bored reinforced concrete piles at the structural core of the building. Each one of the pile at the structural core of Burj Khalifa is 43 meters long and 1.5 meters in diameter.

In order to give extra safety, the stairways of Burj Khalifa are reinforced with fireproof concrete. However, it is quite unreasonable for the building occupants to walk down 160 flights of stairways in case of a major emergency, this building has got specially constructed refuge areas, which are available on  every 25 floors. These refuge areas are separated from the main structure of the building by a “two-hour fire-resistant construction”. It is also air-conditioned and pressurized, in order to mitigate the migration of smoke. These areas are designed on a “defend-in-place” strategy, in which occupants can be easily isolated and protected from the nearby danger , or they are also allowed to stop and catch their breath in a protected environment on the way down in case of a full building evacuation. 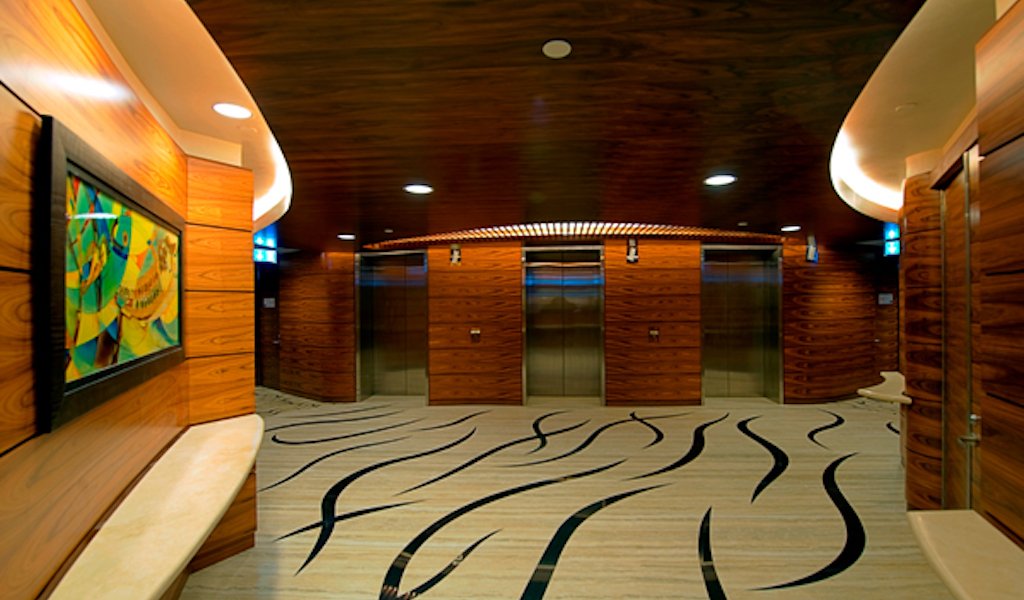 Burj Khalifa has got the “Intelligent elevator installation” as well as the highest elevator in any building to date, it has got a total of 57 elevators and 8 escalators. The average capacity of elevators is 12-14 passengers per cabin, these elevators are also the fastest elevators in the world, having a speed of 10 meters per second. The elevators of Burj Khalifa are situated in the central reinforced fire-resistant concrete core of the building.

Sprinkler systems, fire alarms,  smoke evacuation systems, and stairwell pressurization are the primary fire safety systems installed in Burj Khalifa building. All these systems are tied  with the  home automation system which features smart multi-alarm heat, smoke, and optical sensors present in all the rooms throughout the building. This building is also equipped with 38 smoke and fire  resistant evacuation lifts.